END_OF_DOCUMENT_TOKEN_TO_BE_REPLACED

Born to be Wild
Hobby turns into Passion 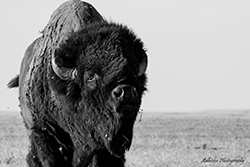 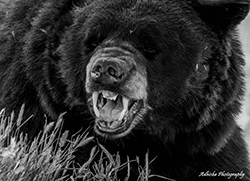 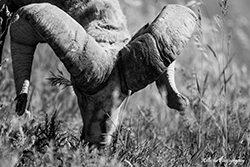 His photos of black bears leap off the computer. The shots of pelicans landing on Lake Red Rock make you feel like you are witnessing it firsthand.

At Badlands National Park, he brings pronghorn deer and prairie dogs to life with his lens.

He has captured images of 50 bird species and close to 20 different species of animals.

To look at Adhithiya Charli’s photography you would never guess this is just a hobby he only started a year ago.

“My father is movie actor in India,” Charli said, “but I’ve always liked being behind the camera than in front of it. Besides taking some family portraits in India, I haven’t really done any photography.”

That all changed for the fifth-year Ph.D. student in toxicology last winter. What began as a stress reliever and hobby has evolved into a passion. Whenever his studies and research project permit and during breaks, (he’s a member of Dr. Anumantha Kanthasamy’s lab), Charli is traveling to various locales across the United States including wildlife sanctuaries, national parks, state parks, national forests and wildlife refuges.

His journeys ultimately lead him to taking wildlife photography that would be the envy of many a professional photographer.

“I started this out of nowhere,” he said, “and then people said they liked my photos and I began to believe I could do this.”

Patience is the key to Charli’s success behind the camera. He waits hours to capture the perfect moment for what he calls his “dream shot.”

“Fortunately I have gotten dream shots every time I go out on a shoot,” he said. “I also research and study about the animals that I am shooting and learn about their behavioral clues, location and terrains of their habitat.

“I always try to camouflage myself when I’m in the wild.”

That patience to get his dream shot can take eight or even more hours. And sometimes it takes multiple trips back to the same locale.

"I went to Saylorville Lake (near Des Moines) 12 different times to take photos of bald eagles,” Charli said, “and I failed to get that dream shot every time but the last one.

“More times than not when I decided to give up for the day that is when I get the shot I want.”

Shots of bald eagles during their hunt are difficult to capture. He also says pronghorn deer are extremely shy and it takes a lot of stealth and patience for a good shot of them in the wild. And on the average he waits five to six hours to get his perfect image of a prairie dog.

His work has been published in wildlife magazines and wildlife organization newsletters.