Martin was cited for "the research you have conducted in determining the mode of action of anthelmintics using pharmacological and electrophysiological studies." The award honors contributions to veterinary parasitology that are widely recognized internationally as significant and important to the understanding and control of parasitic diseases of animals. He will receive the award at the AAVP meeting in June.

Martin's work with parasites has led to many discoveries that has global relevance for both human and animal health.

Martin says he was influenced in his educational studies by a variety of teachers but one in particular suggested he study veterinary pharmacology.

“I found the subject magical,” he said. “You can cure a disease by finding a magic bullet. These are modern miracles, these drugs. Pharmacology has an aspect of magic that other disciplines don’t.

“I still love the excitement of seeing new results,” he continued. “Something you discover that you didn’t know about previously, going to new places with your research and explaining things to people who want to know about the subject.”

By using advanced electrophysiological, pharmacological, molecular and parasitology techniques, Martin has discovered and studied the mechanism of action of new drugs used to paralyze and treat roundworm parasites.

“In the absence of adequate sanitation and vaccination, these drugs are used for the control and prevention of both human and animal parasites,” he said. “The economic returns for anthelmintic drugs favor development for animal health in western countries initially, and subsequent application for human health in developing countries.”

Martin’s research has recently secured a patent for a new class of an anti-parasitic drug and he is working with Bayer Corporation on commercialization efforts.  He was also recently successful in renewing his NIH RO1 grant in 2017 which will provide over $1.8 million over five years to study pharmacological mechanisms of anti-parasitic drug resistance in animals and humans.

In 2017 he was inducted into the Royal College of Veterinary Surgeons as a Fellow by Meritorious Contributions to Knowledge. 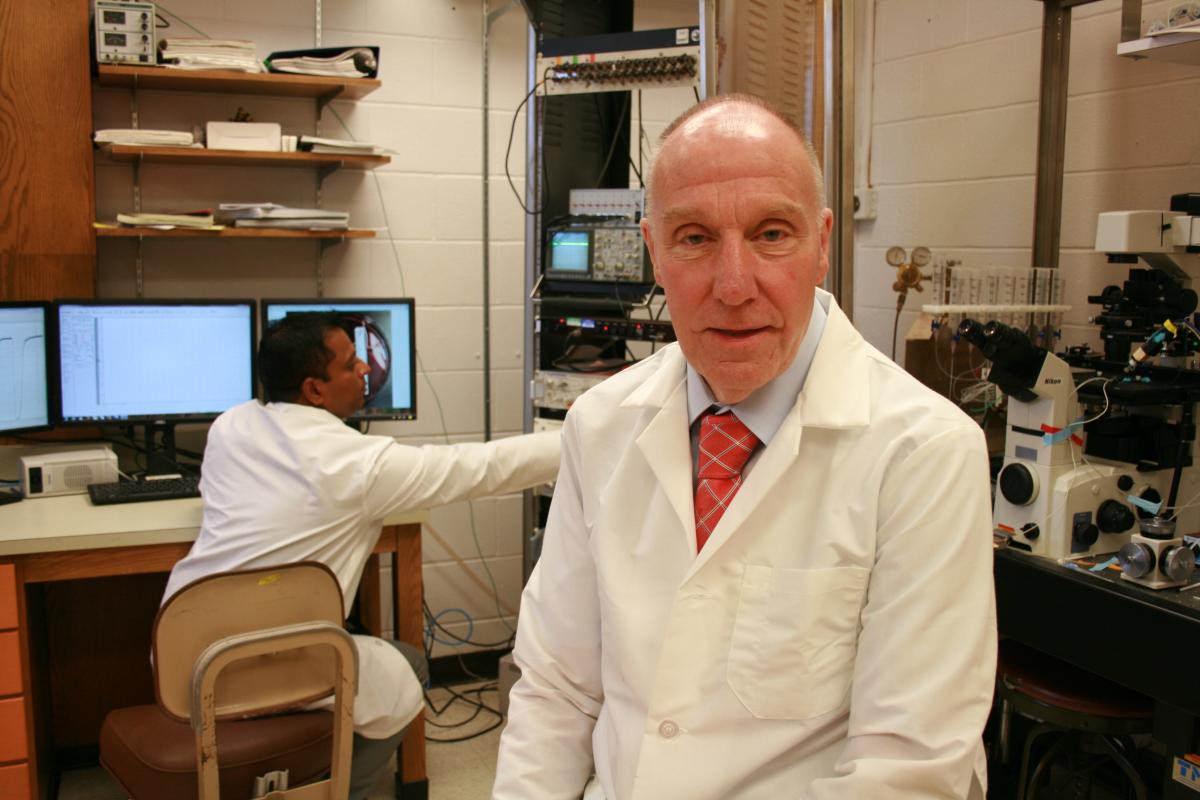