END_OF_DOCUMENT_TOKEN_TO_BE_REPLACED

No one was around when Sid sustained his injury.

So it was a challenge for veterinarians to diagnose what was ailing the Corgi, who was almost a year old at the time.

“The first vet clinic I took him to thought he tore his ACL because he honestly wasn’t acting like he broke his leg at all,” said Miranda Runkle, Sid’s owner. “We went to multiple veterinarians who couldn’t find out what was wrong with him.”

An X-ray eventually determined that Sid had broken his leg in two pieces.

“None of the veterinarians we spoke to felt comfortable to fix it,” Runkle said.

Until Sid came to the Hixson-Lied Small Animal Hospital in Iowa State University’s College of Veterinary Medicine. By then several days had passed and although the Iowa State surgeons agreed to do the surgery, it wasn’t without risks.

“By the time we got to see Sid, the injury was at least a week old. When we finally got him into surgery, we had to be very carefully that the bone was perfectly aligned,” said Dr. Elizabeth Schmitt, a surgical resident at the Hixson-Lied Small Animal Hospital. “We took a bit longer in surgery than we normally did to make sure the leg was as good as we could get it and that Sid had a good range of motion.”

Since Sid was so young when he broke his leg, Runkel wanted to make sure he wouldn’t be suffering the rest of his life. Afterwards, Sid didn’t go through rehab but his family took him for small walks and he swims regularly.

During Sid’s recovery, students and faculty in the Hixson-Lied Small Animal Hospital constantly reached out to Runkel to see how he was doing.

Those communications left a big impression on Runkel.

“They called multiple times to find out how he was doing,” she said. “That meant a lot to me because I was so worried when I left him alone to go to work. Everyone was so kind during such a stressful time in our lives.”

“Our goal was to get Sid back to as normal as we could,” Schmitt said, “because it does make a real difference in the animal’s quality of life.”

And as far as Runkel is concerned, Sid’s quality of life is as good as it was before he broke his leg.

“He’s completely back to how he was before the accident,” she said. “It’s been a year without him having any leg pain, he doesn’t limp and he can run as fast as his little legs can take him.

“He’s back to his happy, playful self.” 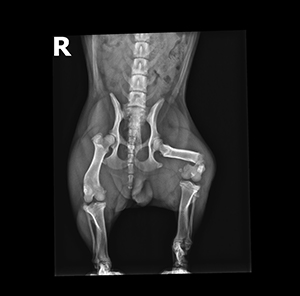 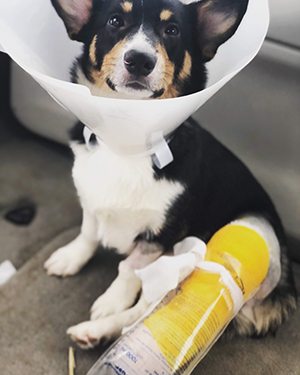 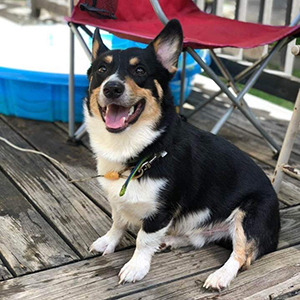