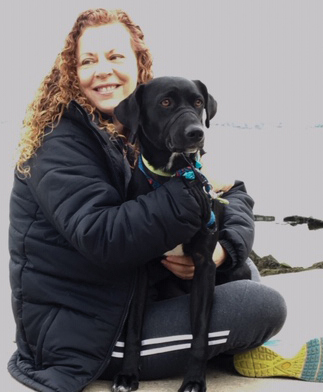 Dr. Janice Fenichel has a love affair with the American Society for the Prevention of Cruelty to Animals (ASPCA).

She doesn’t have the same affection for the city where she works. Fenichel (DVM ’88) works at the ASPCA Animal Hospital on the Upper East Side of New York City. While she’s been a veterinarian at the ASPCA for 25 years now, her connection with the organization, and the island of Manhattan go back much further.

“I moved to Manhattan with my family when I was 12,” Fenichel recalls, “and I almost immediately started doing volunteer work at the ASPCA. I was hooked from that point on.”

That experience did nothing to improve her feelings about Manhattan.

“I hated living in Manhattan so much so that I purposely looked for colleges to attend that were in the middle of nowhere and had a vet school,” she said.

That’s how Fenichel came to study at Iowa State, first as an undergraduate chemistry major, and then later as a veterinary student. Her love of the ASPCA led her to an externship during her final year in vet school when the thrill of working for the organization really kicked in.

“Everything was amazing. It was exciting to see what the ‘A’s’ veterinarians were doing,” she said.

Fenichel returned to New York after graduation but spent three years working in a small animal practice in Buffalo. After three years in a cat practice in Long Island, she desired a more exciting practice experience and actively sought out a position with the ASPCA.

That was difficult because at that time the organization rarely, if ever, advertised open positions. Eventually Fenichel sent an unsolicited resume and cover letter. The ASPCA must have liked the initiative – she’s been working in the Upper East Side location for the past 25 years.

And her enthusiasm for her profession and the type of work she does hasn’t waned with the years.

“I have loved my job from the very first day I stepped into the hospital,” she said. “It’s an incredible place to work. The people I work with are just the best at their jobs.

“The ASPCA’s mission has evolved over the years and is so relevant to keeping pets and their families intact. We care for injured and abused animals and work with clients who are economically challenged whose animals have significant medical problems with a good prognosis.”

The ASPCA has multiple community outreach programs to vaccinate, spay and neuter pets as well as treat minor medical issues. There is also the ASPCA Animal Hospital.

The hospital where Fenichel works exclusively treats dogs and cats. And emergencies only – the hospital refers pets with chronic diseases to other area veterinarians. A typical patient Fenichel will see may have been hit by a car, have an infected uterus, bladder stones or significant dental issues. She has taken numerous foreign bodies out of dogs and cats with corn cobs being the number one for dogs on that list. She has also removed numerous hair ties from cats.

A couple years back, she treated a six-month-old cat who had been wedged next to an engine block of a car. The kitten had suffered a broken jaw, fractured teeth and had an infected uterus. Fenichel wired the cat’s jaw to stabilize it, spayed her and the cat was later adopted by the couple who found her in the engine block.

“The challenge of my job is that we see the worst of the worst,” she said. “I’m sort of jaded that way because I have seen so many strange cases.”

Polytrauma cases are often referred to the A. Dogs that have been hit by cars and “high rise cats,” felines that fall out of apartment windows and multiple stories to the ground, are common in New York City and the ASPCA.

“The ‘A” is the most amazing place. I learn something new every day,” Fenichel said. “I actually love practicing veterinary medicine more now than I did when I graduated from vet school.”

Fenichel’s love affair with the ASPCA and veterinary medicine has continued. But Manhattan?