END_OF_DOCUMENT_TOKEN_TO_BE_REPLACED

From the instant the Zoom call begins, you can tell there’s a chemistry between Michael McClenahan and Scott Weinman. Not to mention friendship.

Even though one is in Portland, Oregon, and the other in Los Angeles, it’s like they’re still in vet school. There are a couple of jabs to the left, a few rights and no matter the question, the jokes keep coming.

It’s a routine McClenahan (’97) and Weinman (’96) have perfected since they met in vet school at Iowa State.

“My roommate was Mike’s (first-year) mentor,” Weinman recalled. “Since graduating we’ve met up at conferences and kept in touch.”

“We’ve been going to the Western Veterinary Conference now for 20 years and the same people would show up and we also wind up talking about veterinary medicine,” McClenahan said. “The podcast is just a continuation of our life-long friendship.”

The conversations didn’t veer into your run of the mill topics such as the latest medications on the market or what to do if your pet has eaten something toxic. They both say there are plenty of how-to tutorials on the web for that information.

Instead they wanted to create something different, allowing them to talk about other issues facing the veterinarian profession.

Or rather what they wanted to talk about.

That’s how “The Vets Unleashed” was born last year. The podcast for animal lovers and animal professionals has tackled a wide variety of topics ranging from the pros and cons of designer breeds to music’s effect on animals and co-parenting animals after a breakup.

“There’s a lot of how-to’s out there but none were talking about issues veterinarians want to talk about,” McClenahan said. “We just took what we were doing when we got together and made it into a podcast.”

It’s not as easy as McClenahan makes it out to be. The duo has hired a producer to help them come up with ideas and find a market. It helped that McClenahan had worked with a producer on his YouTube show, “The Bow Tie Vet Guy,” who keep McClenahan and Weinman focused on the subject at hand.

“Because we had a producer, the podcast was much better right out of the gate,” Weinman said. “I think each episode has gotten better and better.

“We try to make it light and entertaining, you know like having a black cat on our Halloween episode (“The Curse of the Black Cat”).”

Of course, it helps to have a few cocktails – both for the listener and the hosts. In addition discussing all things vet, the duo has a “cocktail of the week.” For instance, the cocktail was Industry Sour when they were discussing how veterinarians were portraying the industry on reality TV shows.

“Over the years we’ve both had people come up to us at parties and tell us ‘they’ve never met a vet before,’” Weinman said. “Cocktail parties are when vets let their guard down and we can speak more freely about things we really want to talk about.”

“We sit, have adult beverages and discuss everything animals,” McClenahan said.

“Sometimes we drink too much,” he admits.

Before COVID, the 30-40 minute podcasts were coming out every Friday but they have scaled back to every two weeks now. Sometimes they bring in experts, including numerous Iowa State College of Veterinary Medicine alumni as guests.

“We’ve got around 40 podcasts under our belt now so it’s time to start marketing the project,” Weinman said.

The two say there is no end in sight for “The Vets Unleashed” as the comedy routine between the two long-time friends continues.

“Scott makes me laugh all the time,” McClenahan said.

Not to be outdone, Weinman returns the compliment.

“Mike thinks he’s funnier than he is,” he retorted. 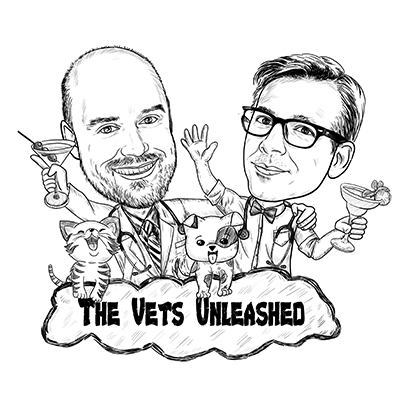 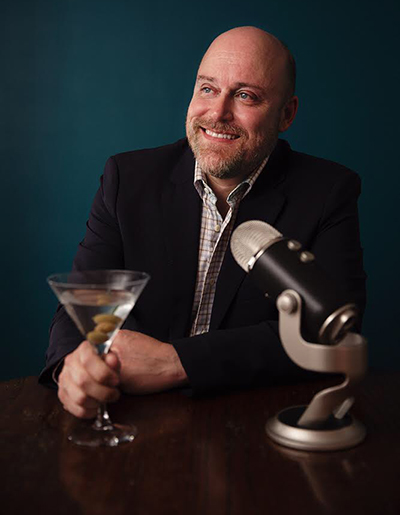 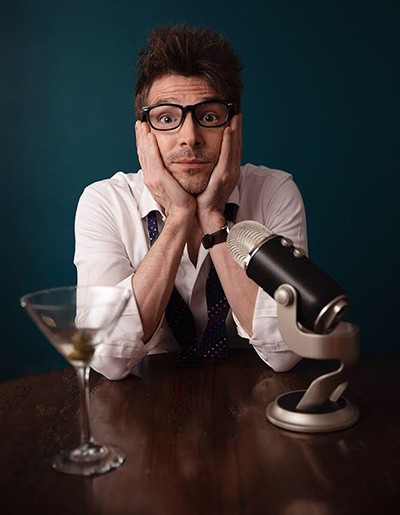