END_OF_DOCUMENT_TOKEN_TO_BE_REPLACED

Why Not the Vet School? 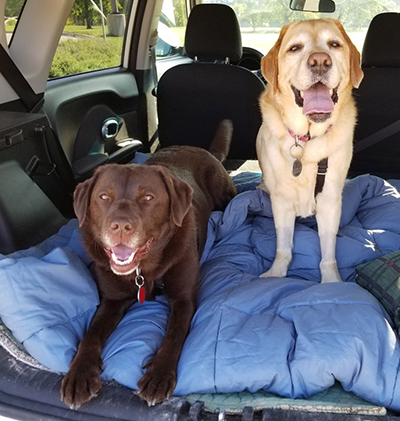 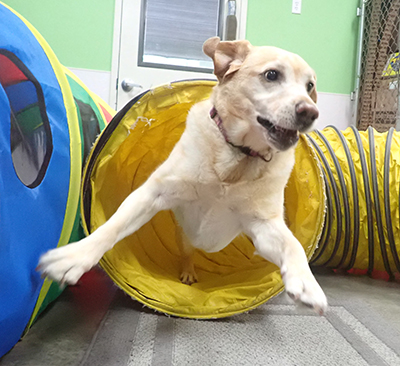 Bob Wesner, MD, a private practice psychiatrist in Iowa City, firmly believes his dog Kae is alive today because of her care at the Hixson-Lied Small Animal Hospital.

So when it came time for Bob to make his estate decisions, he put the College of Veterinary Medicine at the top of his list.

“Until I started bringing Kae here, I had little connection with the vet school,” the Solon, Iowa resident and 1979 Iowa State graduate said.

After the passing of two of his beloved dogs, Bob received a letter from the College of Veterinary Medicine acknowledging a gift was made in their memory. A few years later, he reached out to the college to discuss estate options, ultimately creating a Dean’s fund with a focus on animal welfare and behavior.

“I thought about a lot of other charities and organizations I could bequeath my estate to,” he said. “Then the thought came to me - why not the vet school? I didn’t have to think about my decision too much.”

Wesner says he has always had a strong fondness for animals and wanted to have his dogs be part of the therapeutic experience patients receive when they come to his office in Iowa City.

Since both Kae and Story are so well behaved and polite, he can take them to work every day. “We’re together nearly 24/7.”

The two Labrador Retrievers are an integral part of his psychiatric practice. Both Kae and Story came from a service dog organization that trains guide dogs for the blind. Wesner had a contact at that organization who introduced him to “Career Changed” dogs, animals not cut out for the kind of work they train for. A good guide dog has to be like a truck driver. Get the human from point A to point B safely.

In the case of both Kae and Story, their deficiencies were an asset to Wesner because they’re “too social.”

“They’re too curious about their surroundings, and they gravitate towards people,” Wesner said. “They were perfect for my practice, and my patients adore them.

“They have a calming effect on patients and can, at least briefly, distract patients from their anxiety and distress.”

Wesner first brought Kae to the Hixson-Lied Small Animal Hospital for dental work and connected with Dr. Brenda Mulherin, clinical professor of veterinary clinical sciences, a board-certified veterinary dentist. A couple of years later, Kae was back in the hospital after developing a tumor in the left hind leg.

A tough decision was made on how to proceed with the treatment. Dr. Karl Kraus, professor of veterinary clinical services and a board-certified veterinary surgeon, removed her leg. It has been a little over two years since the operation, and Kae has had no signs of reoccurrence.

Now a tripod, Kae’s adaptability was so good that she went back to work immediately. Wesner is grateful for all the excellent help and advice he received. He’s convinced beyond any doubt that she’s alive because of the expert care she received at the Hixson-Lied Small Animal Hospital. It reaffirmed his decision to bequeath his estate to the College of Veterinary Medicine.